To Infinity and beyond

On May 31st 2020 Doug and Bob, two astronauts from NASA, set foot on the International Space station. They were welcomed by Chris Cassidy and his crew. What made this event truly special was that they made the journey in the Dragon space shuttle, designed by SpaceX a private firm. Elon Musk, the CEO of SpaceX is considered by many to be the real life Tony Stark. What his firm has done is truly a remarkable feat of engineering. The Falcon-X rocket that powered the space capsule landed back on a drone ship named of course, i still love you. The sheer ingenuity of the team to pull this off deserves kudos. The fact that i was able to watch their journey (bits and pieces) live from the comfort of my living room made this a truly wonderful personal experience. The image below is a screenshot of the live-feed i was watching soon after the astronauts made it into the space station. 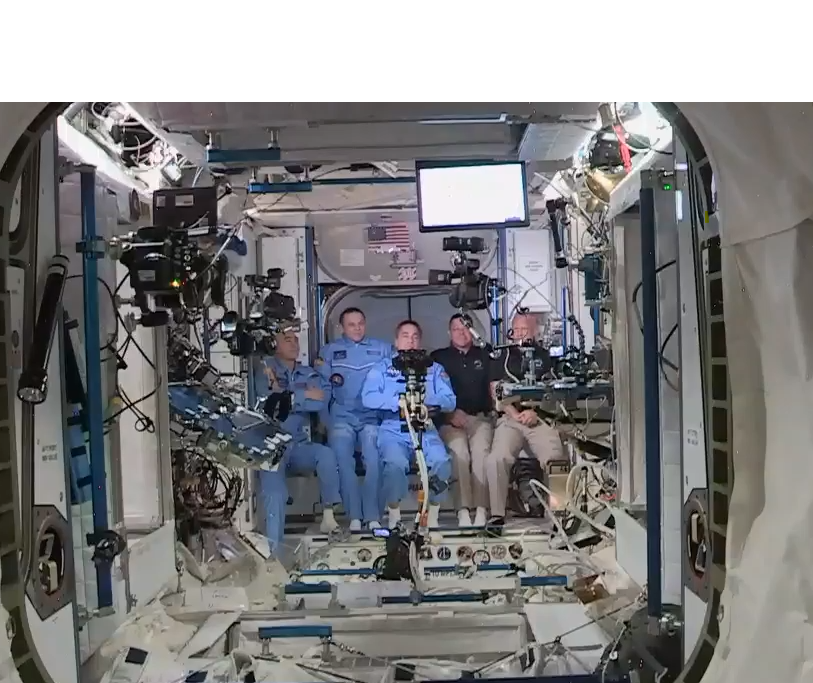 It was so exciting to watch the liftoff, and I was mind blown by the sheer precision and the maneuvers the NASA SpaceX team had to resort to put them safely on board the space station. I guess there is a space geek inside of me somewhere and i was just curios enough to think about the various things that helped cultivate this interest.

As a young kid, i was enamored by the tales of the Devas and the Gods in the sky. Nordic mythology has tales about “All Father Odin” and the Mjolnir wielding “Thor” protecting the realms above us. I have always had this weird tendency to look up at the sky for relief during testing times. There is a sense of comfort in the looking at the sheer vastness that lies up and have felt a weird kinship with other souls who have expressed this same thought. Anne Frank describes the exact same emotion in her diary.

Space seemingly holds the key in unlocking several mysteries. Religion has the concept of heaven and promises a better life to those who believe. Astro physicists, theoretical physicists and scientists look to the deep space to help understand the origins of the universe and life. Creative folks have spun several innovative tales that has intrigued us for the last several years through films and stories. Spiritual gurus look to the unknown and attempt to answer fundamental existential questions. A few hyper imaginative people also have attributed several things in our world to super intelligent alien life forms. I have been fascinated by all of the above said concepts and my beliefs have definitely wavered across all of these concepts over time.

Mythology does play a large role in setting up the premise for the “Heaven and Hell”. The stories we learn at a young age make us understand that good deeds are rewarded and bad deeds are punished by invoking natures most powerful forms. I developed a sense of awe and an understanding of how powerful nature is from these shows. The comic books and the cartoons of the 90s helped establish the basic premise of the possibility of life outside earth. Every kid who has read the Marvel and DC Comics will know about planets such as Krypton, Asgard and Titan. The creative liberties that these writers took have helped shape the fascination of many young minds. With the advent of technology, filmmakers were able to visualize the wonderful imagination of these writers. George Lucas’s Star Wars series continues to serve as an inspiration to numerous folks this day.

The fascination shifted from a mystical nature to an inquisitive nature over time. While A.W Tozer in Pursuit of God uses natural phenomenon to describe the almighty’s power, Thomas Paine in Age of Reason use these same phenomenon to help explain foundational scientific temper. We learn from history that the 16th century scientists faced the wrath of the church while pursuing their studies of science. The advent of the modern century has definitely helped alleviate some of the tension between Religion and science. Galileo, Bohr, Newton, Planck, Einstein have all undertaken remarkable studies that have pushed mankind’s knowledge level on the unknown several notches above. Some of their mathematical and scientific concepts still remain open problems that modern day scientists are attempting to solve. The books of Neil DeGrasse Tyson, Carlo Rovelli, Brian Greene, Stephen Hawking all look to educate the average reader on the concepts of space and time. I do admit some of these books were very difficult to read and many concepts flew right out of the window as i read them. But i still think that attempting to understand the universe works around us will help build a solid scientific temper and will help eliminate the ignorance that plagues many these days. Guy Raz’s NPR TED Radio hour has several podcasts that seemingly break down many of these concepts for simple minds like mine. The one below is a personal favorite of mine as well.

Inevitably all this talk of science moves one towards the path of questions that attempt to explain “The Why”. I am no expert in any of the afore said subject and i have no intention of turning this into a spiritual discourse but it has made me realize as how inconsequential certain things seem when compared to the grand scheme of things.

It was a pleasant experience to relive how my interest has evolved over time and has enabled me to keep an open mind to the possibilities this world has to offer. I wish the national space agencies and the SpaceX team the very best and do hope their explorations will help unlock the mysteries of this world. To quote Buzz lightyear from the film Toy Story here is to “Infinity and beyond”.

One response to “To Infinity and beyond”